When Do You Need To Replace Carbon Brushes In Power Tools?

Power tools are designed to make work easier. However, like every tool, they also experience mechanical issues. Unfortunately, due to their complex physics, it might be challenging to determine the reason behind the malfunction.

If you notice any changes in your power tool’s functionality, the first thing to check out should be the carbon brush. This component completes the circuit in most power tools for efficient operation.

Since carbon brushes are subjected to constant rotation, they’re bound to wear over time. Once they do, visible changes in the functionality of your tools begin to manifest. Here are some signs that indicate the need to replace your carbon brush:

Power tools consist of motors that rotate when they’re in use. During the rotation, a generation of heat can cause a burning-like smell. While a burning smell from a power tool shouldn’t always cause an alarm, it’s vital to switch off the tool, inspect it, and determine the issue. If the smell results from a worn-out carbon brush, the best solution is to replace it as soon as possible. 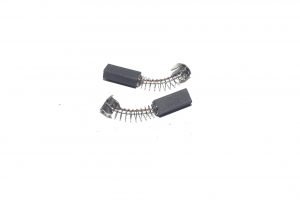 However, replacing carbon brushes requires thorough research for high quality and similar brushes to previous ones. A slight mistake when purchasing a carbon brush might interfere with the tool’s functionality.

Poor performance is another sign that your power tools require new carbon brushes. While this symptom can be linked to several tool malfunctions, exhausted carbon brushes can interfere with your tool’s performance. But how does a carbon brush deteriorate in functionality?

Several reasons can lead to the end of life of a carbon brush. For example, when dirt and debris accumulate in your power tool, they can find their way to the carbon brush and interfere with its integrity. 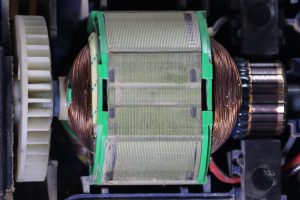 Once the components of your carbon brush are rusted, its functionality is interfered with, and the link between it and the armature commutator is destroyed. As a result, there’s an interruption in the current flow, leading to limited or no power generation for the tool.

Poor performance can be noted through low power generation in a power tool. You notice a reduction in the power tool performance accompanied by regular shutdowns. Fortunately, replacing the carbon brushes can restore your power tool’s working efficiency.

Smoke and sparks on your power tools are signs requiring immediate intervention. Once you observe these signs, the first step should be switching off the tool to avoid further damage. Generally, a power tool whose air vent is blocked can overheat and produce sparks.

Sparks are mostly visible once the carbon brush has started wearing off as its specks find their way into the brush’s channel, obstructing the air vent. In addition, a carbon brush that isn’t correctly fitted to its holder might vibrate on the armature. This leads to the generation of sparks emitted through air vents.

A Shake Before A Start

If your power tools start after a shake, you might want to check out the carbon brush’s state, especially if the tool requires a heavy blow before starting. Once a carbon brush jams on its holder, the link between it and the armature is broken, resulting in an incomplete circuit.

Suppose the circuit is incomplete. Sometimes, a light tap on the tool is all that’s needed to move the brush closer to the armature, completing the circuit. If you’ve experienced such incidents several times, carbon brush replacement might be the only lasting remedy.

Besides visible signs, banging sounds can also indicate a worn-out carbon brush. It produces a banging sound when it bounces off and smacks the wrong motor components. That said, it’s vital to be keen on unusual sounds since they might indicate a deteriorated carbon brush. 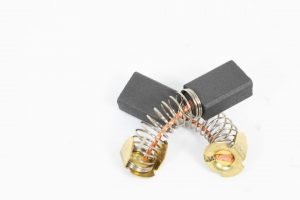 The Tool Shuts Down

Knowing when to change your power tool’s carbon brush is vital for its functionality. Even though the brush is perfectly functional, regular replacements will save you time and money. On the other hand, waiting until the tool stops functioning can severely damage your tool.

Fortunately, with the above signs, you’ll know when to replace the brush. Remember, once you identify a particular sign discussed above, don’t hesitate to inspect the tool for a precise diagnosis.

5 Reasons To Hire A Professional Electrician

When building your home, an electrical system is one of the most important things to install. This ensures you have energy for lighting and...
Read more
Technology

Is Your Home Slowing Down Your Internet Speed?

You may have heard of internet users not being able to reach the high speeds promised by their service providers. You may also have...
Read more
Technology

How Smoke Detectors Save Lives In Emergencies

How to identify if your AC system is running properly

An air conditioning unit is perfect for those hot and humid days, but how do you know if it is functioning correctly? If your...
Read more
Technology

It’s hard to believe that just 80-years ago home electricity was limited and novel. The appliances you could get were just as limited and...
Read more
Technology

The What, How, and Why of Smart Locks

Recently, several friends and neighbors have enthusiastically told you they've invested in a smart lock for their home. While happy for them, perhaps you're...
Read more
Home

5 Easy Home Upgrades You Can Do During Lockdown

The second wave of coronavirus that has plagued the world since last year has been in full swing. Countries across the world...
Read more
DIY

Pumpkin carving is a fun craft loved by so many around the world, especially at the time of Halloween. Even without an occasion, you...
Read more
Lifestyle

Things to Consider Before Shifting to Ajax

Need more space or an upgrade? Got a new job offering stunning opportunities? Craving a change of lifestyle or surroundings? There could be several...
Read more
Advice

How to declutter your home and make it look more spacious

If you're struggling to move around your home and you seem to find yourself in clutter, now is a good time to get organised...
Read more
Home

Top 6 Reasons to Get a Home Water Filter

Clean water is a necessity when it comes to living a clean and healthy life. You use tap water for cooking, showering,...
Read more
Ideas

Your old, wretched roof need not be an instant hit with yourself even. You need one that bears out that it is a product...
Read more
Facebook
Twitter
Youtube